BOWTZ Chairman Xu Daoju: ESL Is A Demand And Tool For New Retail 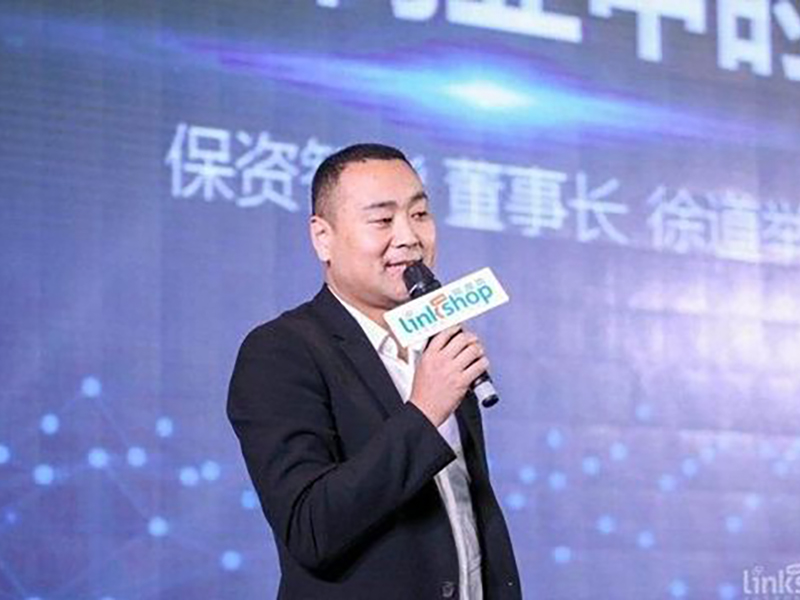 The first function of an ESL is to change the price uniformly. In the new retail era, what new functions are given to ESL?

It is understood that ESL was first used in Europe, as China ushered in the new retail era, the rapid development of artificial intelligence, ESL in China's application value more and more extensive, around the pricing function, ESL extends more and more, resulting in a number of new functions.

One of the hallmarks of the new retail era is technological innovation, and many ESL companies are making technological iterations. For example, in the context of the rise of artificial intelligence, BOWTZ has taken the lead in launching an artificial intelligence pricing assisted decision-making system, through which retail pricing will change from manual pricing + manual price change to intelligent pricing + automatic price change.

In fact, the use of intelligent technology to assist retailers in their pricing decisions takes into account retail "pain points". Product pricing is not only a pain point for merchants but also for products, and artificial intelligence is better suited to address these pain points.

Xu Daoju, chairman of BOWTZ, said in an interview with Linkshop that in the new industry, ESL is to connect with production and consumers, turning into a connector and media. At the same time, ESL is the spokesman of the goods, can show more information about the goods, and even the story of the goods information can be shown.

According to Xu Daoju, ESL is known as the spokesperson of the goods and is a powerful tool to empower new retailing. As a new retail store's immediate need and tool, if it does not choose to embrace it, it is likely to be eliminated by the times.

Linkshop: What kinds of ESLs are currently available?
Xu Daoju:Our new ESLs are available in 15 different sizes from 1.54 inches to 7.73 inches, and these price tags are suitable for different scenarios. In addition to supermarkets and convenience stores, we have also invested in intelligent display systems and interactive systems in areas such as the Internet of Things and healthcare.

In fact, these application scenarios are technically in common, and we can adapt to different scenarios through software changes.

Linkshop:What is the current application of ESL?
Xu Daoju:Our ESLs are mainly used in the new retail segment represented by fresh food stores, convenience stores. Unmanned supermarkets and unmanned stores are also involved. The fresh food industry is a very large loss industry, ESLs help stores open source and save money at the same time, but also can improve the efficiency.

In addition, we are also trying the use of ESL in the field of footwear and apparel. Today, traditional footwear and apparel enterprises are also conducting integration exploration. Many stores are promoting the same price online and offline to achieve price unity, the role of ESL can not be ignored.

Linkshop:How does ESL guarantee the correct price change?
Xu Daoju:Traditional pricing is mainly based on "people", which may lead to loss of gross margin in the pricing process due to the subjective nature of people. In fact, product pricing and price adjustment is a science, based on the store's foot traffic, external environment and other factors.

Linkshop:Which companies does BOWTZ work with?
Xu Daoju:BOWTZ has more than half of the market share in ESL field.We currently have cooperation with companies such as JD, Jiuxian, Yonghui, Bailian, Renben, etc.Take JD as an example, Jingxuan stores apply our ESLs. In the future, Jiuxian will open 10,000 stores, which will also apply our ESLs.

Linkshop:What are the functions of ESL?
Xu Daoju:ESL can endorse the product, showing the content and story of the product.From the perspective of "people,goods and field", the relationship reflected in "people" is that ESL can interact with people and display more friendly information through the page.ESL can quickly and automatically change prices, improving efficiency and saving costs at the same time, and can interoperate with inventory in real time to reduce the rate of loss.For the "field", the integration of online and offline scenes together, the formation of a unified price system. Without ESL, it is hard to achieve.The field is converted at any time according to the change of the consumer, ESL connects all kinds of fields in series, more flexible with the linkage of the field, and also more timely to meet the needs of operators and consumers.

Linkshop:Why ESL would become a new retail tool?
Xu Daoju:I think the core issue is efficiency, which can only be achieved with new technology.ESL can realize automatic price change.Customers can interact with ESL in real time by scanning QR code.Self-service checkout is also available via ESL.Merchants can view inventory in real time via ESL.ESL promotes the pricing revolution and also the development of new retail.

Linkshop:Talk about the future scenario of ESL?
Xu Daoju:ESL will become even smarter in the future. As technology upgrades, ESL can also be available in a variety of interactive formats such as full-colour screens and touchscreens.